On February 21 and March 23, 2017, NCSC convened working group meetings with the IT Technicians of seven Model Courts to troubleshoot challenges in the effective use of IT solutions to support the day-to-day operations of the courts.

Recognizing the limitations of existing case management software in use in the courts, NCSC and the IT Technicians identified several areas in which custom-made IT innovations could provide a quick and effective remedy to challenges in court-litigant interactions or the security of records and seized assets. One such innovations is a simple record tracking application previously designed at the Court of Appeals of Gafsa and already in use in two of the Model Courts. The expansion of testing to a further three applications is currently pending validation at the Ministry of Justice.

In addition, the IT Technicians noted that user issues ranging from lack of computer sensitization to poor handling of equipment far outweighed any hardware or software shortcomings. Following the first meeting, the IT Technicians initiated the development of a User Manual designed to guide end-users through the basic tasks of hardware maintenance and the use of Microsoft Office programs and case management applications. The User Manual is expected to be completed by the end of April 2017, and will provide not only a desk reference but also a basis for court-based training in the coming months.

The Improving Court Administration in Tunisia Program is implemented by NCSC under a cooperative agreement from the U.S. Department of State’s Bureau for International Narcotics and Law Enforcement Affairs. The program currently supports seven Model Courts—the Courts of Appeals of Gafsa and Kef and the First Instance Courts of Ariana, Bizerte, Kef, Sousse 2, and Tozeur. 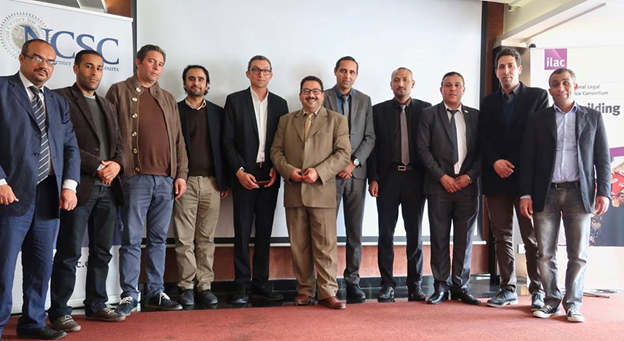