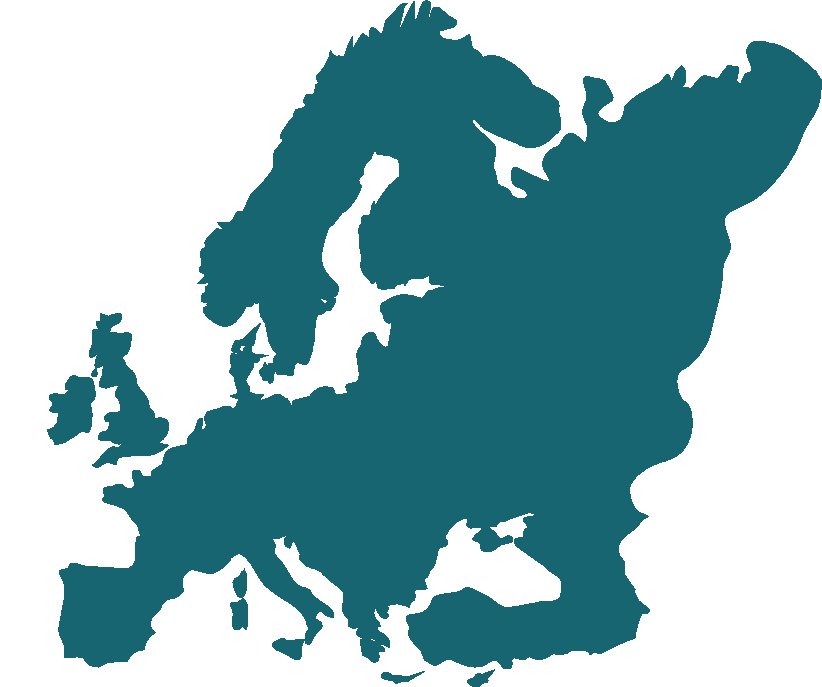 Promoting the Rule of Law and Justice for All

For thirty years, NCSC has worked throughout Europe and Eurasia to strengthen justice systems and services, and advance access to justice for all. NCSC is working to modernize systems, transform services, foster ethics, integrity, fairness and equality. We also work to empower students and young professionals to be the change they wish to see in the legal workforce.

The purpose of the Justice Activity (JA) Project in Bosnia and Herzegovina (BiH) is to achieve more functional and accountable institutions that meet BiH citizen needs and make government more responsive to citizens by strengthening the capabilities of justice sector actors. The project collaborates closely with the High Judicial and Prosecutorial Council and the Office of Disciplinary Counsel to implement reforms across the justice sector that promote greater transparency and accountability; to set standards for professional behavior; and to deter misconduct by judges and prosecutors through disciplinary measures and preventive educational training on ethics.

NCSC is a subcontractor to Millennium DPI Partners in supporting the implementation of the Justice Activity Project, funded by USAID.

The aim of the Student Law Practicum (SLP) program is to improve the practical skills of law students, create an innovative legal practicum module, and deliver practice-oriented legal courses. The program works with law faculties and justice sector practitioners to work together to design and deliver practice-based learning for law students on criminal justice proceedings, with an emphasis on anti-corruption and organized crime. NCSC works closely with Bosnian law faculties, justice sector practitioners, and educational accreditation authorities to implement this practice-based learning methodology.

The Student Law Practicum program is funded by the U.S. Department of State’s Bureau of International Narcotics and Law Enforcement Affairs and implemented by NCSC.

The goal of the Bosnia and Herzegovina Mock Trials program was to strengthen young Bosnians’ understanding of the legal system of their country and to build trust in their judicial system. Through an innovative learning methodology, the program designed a new educational curriculum and developed the ability of teachers to design, implement, and host mock trials. The program also developed a public diplomacy campaign to improve students’ understanding of their legal rights and strengthen public trust in the courts. NCSC worked closely with Bosnian high schools, justice sector practitioners, and educational accreditation authorities to promote and deliver learning experiences through mock trials.

The Bosnia and Herzegovina Mock Trials program was funded by the U.S. Department of State’s Bureau of International Narcotics and Law Enforcement Affairs and implemented by NCSC.

The purpose of the Fostering Investor and Lender-Friendly Environment (FILE) project was to assist Bosnia and Herzegovina’s commercial court divisions with automation, training, and process improvements. Under a subcontract with Chemonics, NCSC provided court administration and training expertise to improve case management processes and introduce new IT equipment and software.

The FILE Project was funded by USAID and implemented by Chemonics in partnership with NCSC and the Emerging Markets Group.

In 2014, NCSC experts assisted the Supreme Judicial Council of Bulgaria (SJC) in analyzing and evaluating data collected through meetings with the Caseload Analysis and Evaluation Committee and with judges. The experts then produced a series of recommendations through which the SJC could move forward in developing a case weight model to inform decisions about the efficient and equitable distribution of judicial resources among Bulgaria’s courts.

NCSC is a leader in weighted caseloads for courts and their justice system partners, with studies conducted at every level of government.

The Court Improvement Project was originally designed to provide assistance to Croatian municipal courts but was later expanded to include all courts. The project was designed to increase the number of cases disposed by courts, make the management of operations more efficient, introduce automation where necessary by procuring computer hardware and software, and improve the quality and timeliness of judicial decision-making.

The Court Improvement Project was funded by USAID and implemented by NCSC.

The Justice System Reform Activity in Kosovo (JSRAK) addressed four different but interrelated components: Planning and drafting legal support to establish an effective and impartial justice system in Kosovo; strengthening the capacity of courts to operate fairly and efficiently; developing oversight mechanisms to ensure respect for ethics; and increasing public awareness of the justice system while also improving access to justice and the protection of individual rights.

JRSAK was funded by USAID and implemented by NCSC in partnership with IFES.

The goal of the Justice Support Program was to increase the effective functioning of justice sector institutions in Kosovo. To accomplish this goal, the program set out to improve the performances of the Kosovo Judicial Council, the administration of courts, and the professionalism and ethical behavior of judges and court staff. The program also supported efforts to have the court system more effectively represent non-Albanians; developed policy formulation and legal guidance skills for the Ministry of Justice; and supported the efforts to build an effective Public Prosecutors Service.

The Justice Support Program was funded by USAID and implemented by NCSC in partnership with Search for Common Ground, the Public Law Center, and the National Conference of State Legislatures.

The Kosovo Legal Profession Program was funded by USAID and implemented by NCSC. Originally envisioned as a three-year initiative, the program was in operation for 39 months.

The Demand for Justice (D4J) program cultivated cross-sectoral partnerships and alliances to foster a coalition around concrete reforms and mobilized eight civil society organizations and eight professional associations engaged in activities and campaigns to educate youth about justice. Partner institutions that were actively engaged with the project included the Kosovo bar Association, the Kosovo Judicial Council, the Kosovo Prosecutorial Council, the Ombudsperson’s Office, and two universities.

The Demand for Justice Program was a 14-month initiative funded by the U.S Department of State’s Bureau for International Narcotics and Law Enforcement Affairs and implemented by NCSC.

The Kosovo Justice Sector Strengthening (JSSP) Program will ensure that the rule of law is strengthened in Kosovo by improving the quality of the justice system and its ability to operate in a professional, efficient, and accountable manner. The program seeks to strengthen the efficiency and effectiveness of the administration of justice and delivery of court services; to enhance the accountability and professionalism of justice system institutions and actors; and to integrate judicial structures in the North.

The Kosovo JSSP Program is implemented by NCSC under a subaward from Millennium DPI Partners and funded by USAID.

In September 2017, NCSC entered into a contract with Millennium Partners to implement the Moldova Open Justice Project. NCSC provided expertise and training in court technology and facilitating access to justice. An overarching purpose of the USAID Open Justice Project was to assist the Government of Moldova to improve the efficiency and transparency of the Moldovan judicial system and improve access to justice for citizens of Moldova.

The Project in Moldova was funded by USAID through a two-year small business set-aside, for which NCSC was contracted to provide relevant technical assistance and training to meet project requirements.

Under the Serbia Organized Crime and War Crimes Trial Support Project, NCSC provided time-critical procurement and technical assistance to the Special Departments for Organized Crime and Prosecutors for War Crimes. In addition to procuring IT equipment and software, NCSC conducted workshops for judges, court staff, prosecutors, and public information officers to handle the complex and publicly notorious crimes they were dealing with. NCSC also sponsored a study tour to the Brcko District Court to provide key stakeholders with the opportunity to learn about that court’s experience with oral and adversarial procedures.

The Serbia Organized Crime and War Crimes Trial Support Project was funded by USAID and implemented by NCSC.

The Serbia Rule of Law Project was funded by USAID and implemented by NCSC.

The Judicial Reform and Government Accountability Project (JRGA) was implemented to strengthen the rule of law, the independence of the judiciary, and the administration of justice in Serbia. JRGA was also designed to increase public awareness of reforms in the judicial sector and to strengthen the ability of the Serbian government, independent agencies, and civil society organizations to detect and prevent corruption. NCSC partnered with institutions such as the Ministry of Justice, appellate and first-instance mid-demeanor courts, the Judicial Academy, the Association of Misdemeanor Judges, the Supreme Court of Cassation, and the High Court Council.

The JRGA Project was funded by USAID and implemented by NCSC, with support from Management Systems International and Development Professionals, Inc.