From April 3 to 7, 2017, NCSC hosted a study tour to Washington, D.C., for an official delegation from the Ministry of Justice and Liberties and the new Supreme Judicial Council of Morocco. The delegation, headed by the Ministry of Justice’s Secretary General, visited the Administrative Office of U.S. Courts, the Federal Courts of the District of Columbia, the Courts of the State of Maryland, and the Federal Judicial Center.

During the various visits, officials analyzed and discussed key aspects of the governance structure in the U.S. Federal and State court systems. The visits provided insights into the organization of administrative support services and the operation of key offices and processes that will inform the Moroccan reforms to functionalize the new Supreme Judicial Council by establishing its committee structure and secretariat.

On April 6, 2017, the King of Morocco inaugurated the new Supreme Judicial Council, starting a 90-day period for the establishment and adoption of its bylaws. NCSC will continue to support these efforts through the Justice Sector Feasibility Studies Program.

The Justice Sector Feasibility Studies Program is implemented by NCSC under a cooperative agreement from the U.S. Department of State’s Bureau for International Narcotics and Law Enforcement Affairs. The program was renewed for a year on December 30, 2016 to assist Moroccan counterparts in implementing recommendations from the feasibility studies. 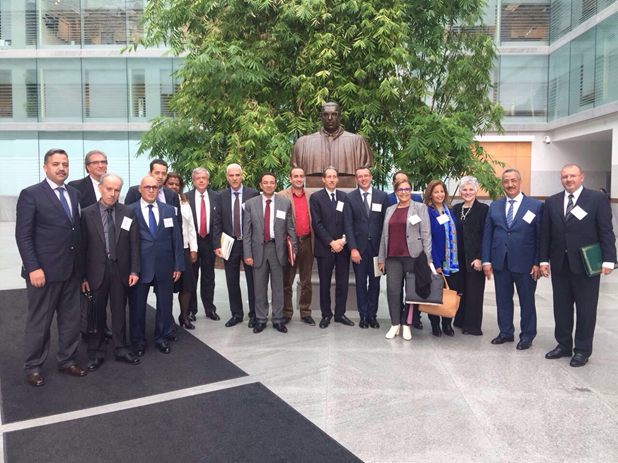